Mosaic brings together a group of singers, based in and around St Albans, each with a wealth of experience in a wide range of choirs in the UK and abroad. 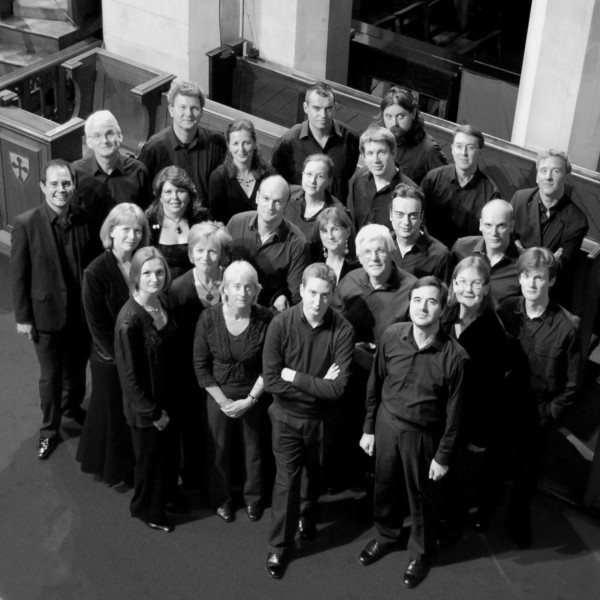 Mosaic have built a repertoire that covers pretty much everything from renaissance polyphony to contemporary classics: Byrd and Berlin, Victoria and Vaughan Williams, Gesualdo and Gershwin and many, many more. And they have pieced this all together to produce performances to the highest professional standards.

So it’s not surprising that Mosaic are already much in demand for concerts, cathedral services, corporate events … anywhere, where good music, well-sung is appreciated and enjoyed.

Mosaic is greatly honoured to have the renowned cellist and conductor Julian Lloyd Webber as the choir’s President, and the distinguished and internationally renowned musicians Eric Whitacre,  Andrew Lucas and Dr Christopher Robinson as Patrons.

If you are planning an event and would like to add impact and distinction with live music, Mosaic is available for hire. Our repertoire is wide-ranging, so we can tailor the music to your event. For more details please us the contact form to get in touch. Please include relevant details of the event – date, venue etc.

Mosaic can be hired to perform for:

Nick Robinson began his musical education as a chorister at St George’s Chapel, Windsor Castle and then as a pupil at Harrow School. At Harrow, he was a top Music Scholar, playing the organ, piano and cello as well as singing bass in the various choirs.

After leaving school, he won a scholarship to study the organ at The Royal Academy of Music under John Scott and David Titterington. During his first year at the Academy, he was Organ Scholar at St Albans Cathedral and a year later, in 1989, was appointed Assistant Director of Music at nearby St Peter’s Church, St Albans.

In 2000 he took over the role as Director of Music at St Peter’s, where he is responsible for the provision of all the music at the church, including two choirs. He currently combines this post with a career as a choral conductor, an accompanist, and as a Music Master at Wycombe Abbey School in Buckinghamshire.

Nick has appeared regularly over recent years on the music scene in Hertfordshire, both as a conductor and accompanist. He has accompanied most of the local choirs including the Brocket Consort, whom he has also directed, and he has worked regularly as Guest Conductor for the chamber choir Carillon since 1998. He took on the role of directing Mosaic at their formation in 2006.

Andrew Lucas has been Master of the Music at St Albans Cathedral and Music Director of St Albans Bach Choir since 1998, and was Artistic Director of the St Albans International Organ Festival from 1999 to 2007.

Born in Shropshire, he studied organ, piano and composition at the Royal College of Music with John Birch and Herbert Howells and later with Peter Hurford and Piet Kee. Before coming to St Albans he was Assistant Director of Music at St Paul’s Cathedral, London and a freelance musician, conductor, chorus-master and keyboard continuo.

He has conducted several concerts with Mosaic since the choir’s inception.

“Mosaic is one of the most successful small choirs in Hertfordshire and is able to give very polished performances of some the most demanding works in the choral repertoire. Their concerts are always enjoyable and well received”.